Helping preserve the places you cherish 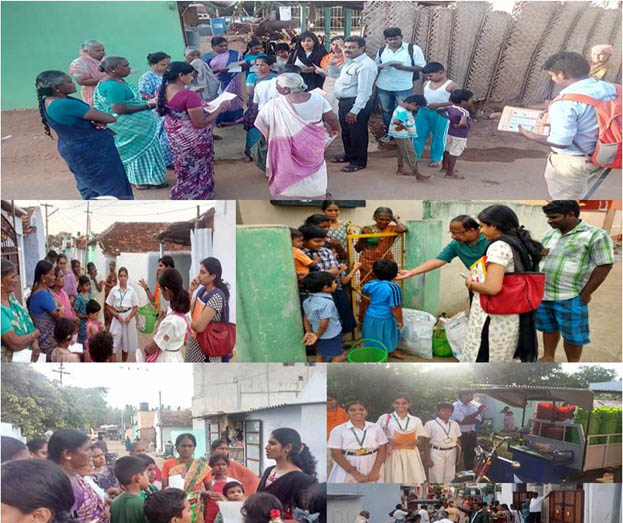 Clean Pannimadai project is an ongoing project jointly initiated by RAAC, Siruthuli and Kolam NGO in thadagam road, to introduce door to door source segregation of Garbage at Pannimadai Village of Coimbatore.

Bags and bins have been distributed during the community organisation program and awareness programs in the first phase. The Waste Segregation shed was erected and the bigger collection bins was provided for the segregators.

Kalampalayam Village in thondamuthur Taluk of Coimbatore district is a village located in the banks of Noyyal River and in the foot hill of western Ghats. Open dumping of household wastes in road sides and near the bank 0f Noyyal River was a common feature in the Village under Theethipalayam panchayat.

To tackle this problem, RAAC, Siruthuli, and Theethipalayam Panchayat organized a month long awareness program to educate the citizens about the segregation of waste at source. As a part of this effort, Waste collection Vehicle was provided to the panchayat for their daily use. Also bins and bags were provided to each household in the locality.

Simultaneously, the Awareness about Solid waste management and the intervention plan through the concept of Two Bin One Bag System was introduced by the volunteers, Social Work Trainees from various Colleges and Balajanagraha Trainees from Delhi Public School.

The entire system is being monitored and wherever there are gaps, further training is given to the residents as an ongoing measure.